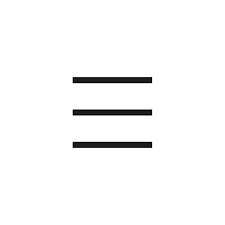 This is the Place


Why does it seem that man’s first, most indomitable inclination is to dominate? We are taught to win, to lead, and to lord our influence and authority over others. Vladamir Putin sits proud and shirtless atop a horse, a victorious Muhammad Ali hovers over his collapsed opponent, even George W. Bush in his ‘every man’ jacket stands atop the rubble at the World Trade Center and shouts ‘They will hear us!’ These are the images that not only went right around the world, but more importantly were embedded into our social consciousness and national identity. Without a cause or fight, would mankind live in a perpetual state of chaos? Or would he simply whimper away into a sublime lassitude? The poster child for police brutality, Rodney King will forever be tied to a statement that rings true not only for its simplicity, but for its truth and pleading depth when he said, “Can we all just get along?”

California, Arizona, and now Utah lead the chorus of states that question, encroach upon and violate their own citizen’s Civil Rights. Proposition 8 in California and Arizona’s SB 1062 are good examples of a ballot initiative and bill that ask a very haunting philosophical question: When do your freedoms violate my liberties? Indeed, Arizona’s SB 1062 attempted to empower business owners to deny service or discriminate against individuals whose religious beliefs ran contrary to their own. Passed by the republican-controlled state legislature, it was vetoed by Governor Jan Brewer on February 26th 2014 in what many in the legislature are now calling “a game changer.”

California’s ballot initiative called Proposition 8 attempted to eliminate the right of same-sex couples to marry in 2008—although 18,000 couples had already legally and lawfully done so. In August 2010, Chief Judge Vaughn Walker ruled the amendment was unconstitutional under both the Due Process and Equal Protection Clauses of the Fourteenth Amendment since it purported to “remove” rights from a disfavored class with no rational basis. The United State’s Supreme Court avowed the same in 2013 signaling same-sex marriages to commence in the State of California.

Called the Beehive State, Utah’s SB 100 has dared to go further than any state ballot initiative or bill to date by “prohibiting any discriminatory practices aimed at anyone based on their sexual orientation.” Troy Williams is a Utah-based radio and TV personality, and activist for Utah’s Gay & Lesbian community. Senator Jim Dabakis is the Chairman of the Utah Democratic Party, and each provides a unique insight into the current political landscape in their state. We recently spoke with them both in Salt Lake City.

“More than 70% of the people of Utah agree there should be no discrimination,” says Senator Dabakis. “Sharing the freedoms of America is nothing anyone should fear. When liberty is expanded we all benefit from its largesse. But when mankind attempts to dominate one another, society on the whole is stymied, splintered, and silos of negative community-held beliefs take shape. I’m proud of Utah, but not everything is brightly colored when it comes to political debate.” Senator Dabakis continues. “When you’re talking about rainbows, lollipops and tumbleweeds, the sensitivity of the conversation rise. Political debate doesn’t sway religious beliefs, but the presentation of a valid argument has and will continue to shape our law.”

Troy Williams, for instance, and 12 others were arrested at the Utah State Capitol when they gathered at Governor Gary Herbert’s office insisting that Utah SB 100 be heard. Deferred to the next session, we asked Williams what was going through his mind when handcuffed in support of a bill so potentially powerful he said, “I thought back to the Civil Rights warriors of the past—everyone from Drag Queens to Rosa Parks—and realized the importance of demonstration, people assembling for their rights.” But Senator Dabakis and Troy Williams share something more than mere politics. They are both pragmatists. Utah’s Anti-Discrimination bill will be amended to include sexual orientation and identity. And together with the recent softening of Anti-Polygamy laws, Senator Dabakis says, “Utah is decidedly at the forefront of the Civil Rights debate in America.”

It would, of course, be untrue and unanimously unfair to quantify all Utans into this particular fight for Civil Rights. But despite which side of the fence they seemingly stand, each and all are scions to the perhaps the single greatest migration movement for religious freedom in America—the Utah Pioneers. For nearly 20 years (1846-1869) an estimated 70,000 Mormons migrated over 1000 miles on foot with handcarts and covered wagons to find religious freedom in Utah. Their belief in polygamy, the marriage between one man and multiple women, was protected not only by the Due Process and Equal Protection Clause of the Fourteenth Amendment (the same criterion invoked by the Gay Community) but sadly was disavowed by LDS President Wilford Woodroof in 1890 in order to ease tension with the federal government and achieve statehood. While Anti-Polygamy law has prohibited Mormons from legally and lawfully practicing polygamy since the turn of the 20th century, they have and continue to do so privately in purely religious ceremonies their temples today. In fact, Judge Clark Waddoups’ recent declination of Utah’s “Cohabitation” clause is now easing the burden of consenting adults who choose to live openly with multiple companions.

The Separation of Church and State was designed not only to protect religion from the grasp of government, but moreover to protect our government from the grasp of religious fanaticism. Indeed, the United States government was designed to be devoid of moralistic dictators and coercive absolutes, but rather a place where open hearts and helping hands quite naturally confer, deliberate and convene into a unique and exceptional chapel of democracy.